PUMAS OA AWAY TO CRAM 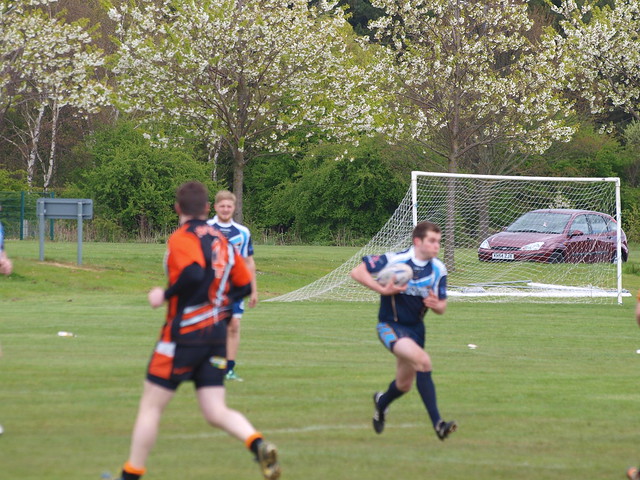 The Pumas Open age Sid Travelled to Cramlington confident on the back of a comfortable win against Durham last week but having made several changes due to the Pumas train to play policy and unavailability of some also a changed side containing a lot of young and new players took to the field.

Despite looking the faster and fitter side Peterlee appeared heavy footed for most of the game and allowed Cramlington 2 early easy tries, despite putting some good defensive work in, a couple of defensive weaknesses were spotted early on and exposed immediately.

The Pumas only completed 4 sets all game but on 3 of them the scored and really looked the part but chance after chance of easy scoring opportunities went begging as the wrong decision was made or the execution of the last pass simply didn’t go to hand and allowed the home side to grown in confidence.

The last 15 minutes saw a rat of injuries to the Pumas and the balance of the game was lost and Cramlington were able to run in several tries. Probably the worst Performance/result for the Pumas for several years, but the side can take consolation in that off days such as this are rare nowadays for Peterlee and the shock defeat will give motivation fot put things right.

A strong contribution from 16 year old Callum Jackson who was the Pumas best forward in attack and defense putting people down who had several stones and inches on him, man of the match though was Full Back Anthony Lawrence also great in attack and defense and perfoming some good organisation.  Scored a great try up the middle splitting the Home defense in two off a short inside ball to take the score to 18 16.

Next game is due at home to Darlington on the 16th of May.